In mid-2014, in the wake of the Ebola epidemic, the United Nations and other government agencies in Africa publicly cautioned against the consumption of some bush meats. While the directive had high potential for curbing the spread of the Ebola virus, it also had huge implications on economic activities across West Africa; halting the bushmeat supply chain across West African for months. In other words, due to the lack of traceability, an industry valued at over USD 200 million in West and Central Africa alone was brought to a standstill for several months.

Apart from the above classical example, there are hundreds of recalls conducted across the globe in the food industry alone, to control food safety and public health; a major challenge to the global food supply chain and security. Over the last five years, the number of food recalls has increased significantly by over 400%, costing industries at least $100.00 million. Experts believe the reason for the spike includes the increasing complexity associated with the global food Supply Chain system and low levels of transparency across the value chain. Perhaps such complexity requires innovations which are less vulnerable, to provide a much-needed sustainable solution. Hence the exploration of the blockchain technology.

A ‘blockchain’ is a distributed public consensus system that maintains an immutable record of transactions on the web, incapable of being falsified after the event. The blockchain technology proposes a unique alternative and advantage that will enable supply chain partners to trade more easily; effectively and transparently. Using shared ledgers, to create traceable and unchangeable records of all transactions in real-time, provide end-to-end visibility of all transactions to all partners along the supply chain, and enable incorporation of new data sources such as the Internet of Things (IoT).

Another driver increasing the need to adopt and implement the blockchain technology in the agri-food supply chain is the increasing demand for organic products, which is significantly accelerating the traceability debate. Currently, most companies internally trace their supplies using the legacy methodology on paper, and systems which are not integrated. in this case, data can be manipulated and influenced depending on who is managing them at any point within the chain, and information is shared on a need-to-know basis. Such methods are vulnerable, expensive and outmoded.

Over that last few years, more and more companies have and are still exploring the efficacy of Blockchain Technology in managing complex food supply chain data across a wide range of stakeholders. Truth is, Blockchain is an extension of information sharing and data circulation; the uniqueness of the technology as against the traditional data sharing is the fact that the Blockchain technology makes it possible to distribute ledger across multiple sites at the same time in a way and manner that makes it difficult for alteration and corruption, thus reducing data vulnerability. However, in order to facilitate the development of a Blockchain, stakeholders within the Agri-food ecosystem need to re-orient and re-engineer their processes and allow for integration with stakeholders (farmers, distributors, regulators, importers and exporters, manufacturers, brokers etc.) along the value chain.

Unfortunately, for many developing nations this total information sharing and the adoption of ICT to do same represents a significant challenge; thereby potentially hindering the sustainability of such a project. Remarkably, the reluctance to share information with some selected stakeholders and integrate along a value chain has stalled innovation and economic transformation in most developing nations and is likely to be a barrier to the smooth sail of the Blockchain evolution in West Africa, at least within the food traceability conversation. Yet, the need to adapt and move along remains imperative.

Therefore, researchers like myself are proposing studies to explore the drivers of the food traceability concept and the factors that remain potential barriers to such innovations, most of which have been expatiated by some researchers. I believe that, until such challenges are addressed to achieve acceptance and interest by stakeholders, the sustainability of the Blockchain technology as a focal part to the future of the food supply chain in developing nations and more specifically Ghana would be very difficult, if not impossible.

The author Gabriel Amoh, (MSc, MCISCM) is a member of the Chartered Institute of Supply Chain Management in good standing.

BUILDING A ROBUST SUPPLY CHAINS DURING A PANDEMIC 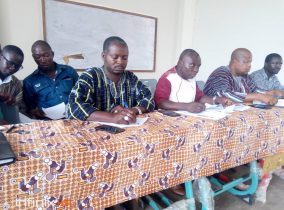 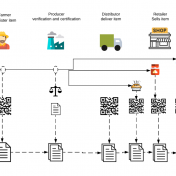 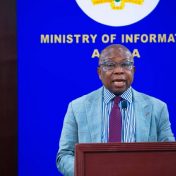 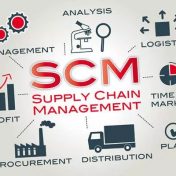 A Supply Chain Perspective on the Novel Coronavirus